Mr. James Sellers is an Accident Attorney representing Portland OR and the rest of beautiful state of Oregon, and has practiced personal injury law, representing victims of injury accidents for over forty years.

There are many reason why an auto (or motor vehicle) accident takes place, from speeding and exceeding the posted speed limit or driving too fast for weather or traffic conditions, to improper or excessive lane changing, failing to signal, failing to check blind spots, to reckless driving with improper passing and using an emergency lane to pass, or passing on the shoulder. All of these can cause an accident and put other drivers, passengers, or motorcyclists in danger. If you have been injured as a result of someone else's reckless behavior you deserve to be compensated for your injury, medical expenses, loss of income, and pain and suffering.

Even worse is an accident caused by inconsiderate and reckless behavior in cases of alcohol-related collisions. Every 30 minutes, a person dies in United States by a drunk driver in a case of DWI/DUI drunk driving crash. Many more are injured in non-fatal but still very serious injuries. Every year over one million people are injured in alcohol-related traffic accidents.

If an individual or individuals are injured in an accident caused by a drunk driver there may be liability for a restaurant or bar serving the alcohol to the intoxicated driver, in addition to the driver himself/herself. A lawsuit in a drunk driving case can be claimed against the intoxicated driver but also a restaurant or bar can be held liable for damages if they knowingly served a person who is under aged or a "habitual drunk", who then drove and caused the collision. The drunk driver is still the one with most of the responsibility, however the restaurant or bar can be held partially responsible. An experienced accident attorney in Portland Oregon, knows all the laws governing legal responsibility and can help you identify who might be held responsible for your injuries, including people or businesses you may not have initially considered. 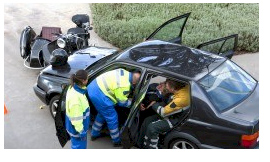 There are also other circumstances and factors that an experienced accident attorney in Portland Oregon would consider when filing a claim for an injured victim. For instance if a poorly maintained street or road or hilltop or intersection malfunctioning traffic control signals contributed to the cause of the collision then this needs to be considered by your attorney. 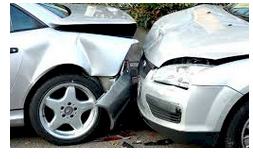 Other drivers are not the only cause of an accident and injury against a victim and there should be a thorough investigation to consider such things as an improper design of a street or intersection, street maintenance and pot holes, traffic signs that do not work properly, lighting malfunction, highway construction defects, including poorly placed trees and utility poles, and other factors can also be responsible for causing a collision. In many cases in Portland Oregon, there have been lawsuits against government departments/agencies and the victims were compensated due to negligence. You will need the advice of an experienced accident attorney in Portland OR to file and win claims against all the responsible parties to an accident.

If you have been in an accident and have been injured as a result of reckless behavior of another individual or party then you have the right to claim compensation for breach of traffic safety laws and those drivers who drive while under the influence of alcohol or drugs, recklessly speed, tailgate other cars or trucks, zip from lane to lane, flash headlights in frustration, and engage in other dangerous driving practices that end up causing a collision and hence injures other drivers or pedestrians.

If you need an accident attorney in Portland Oregon, you can hardly find anyone as experienced and knowledgeable as Mr. James Sellers. In 1995, Mr. Sellers was the only recipient of WSTLA's President's Award. The legislative steering committee that Mr. Sellers chaired actively works on legislative proposals to protect the rights of victims of personal injury.