Do not be shocked by insurance company tactics, ratain Personal Injury Attorney Vancouver WA, Stalling a claim with delaying tactics is sneaky tricks insurers use. When negotiating the settlement of claims with insurers, you are likely to encounter things that you would never have imagined, or that even shock you. Insurance adjusters deal with people making claims every hour of every day. Experience has taught them that some tactics work for the insurance company, so insurance carriers continuing to engage in those tactics. 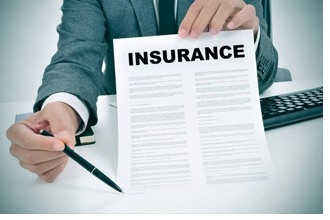 If there is one concern that virtually all adjusters do not bother themselves with in settling a claim is that the outcome will be fair. Their jobs are to settle claims for the lowest dollar value that they can negotiate, not based on whether the settlement amount is fair. One technique that has been around forever, but that seems to be of increasing popularity with insurance carriers, is to make offers to settle that are so low and unfair that these offers will stun you. I deal with one carrier that will offer to settle for less than the medical bills that you have incurred for treatment and refuse to meaningfully move about that figure.

There is another carrier that simply stops paying for treatment expense for its own insureds. In Washington, auto insurers must offer personal injury protection coverage (PIP) when they insure consumers in amounts that are generally between $10,000 and $35,000 ($10,000 is the minimum and in Oregon $15,000 is the minimum). This coverage pays your treatment pending a settlement with the at-fault party. You pay premiums for this coverage. Yet this one carrier often stops paying long before the coverage is exhausted even though you require further care. There are legal remedies against this conduct, but these are remedies with which you are generally unfamiliar. 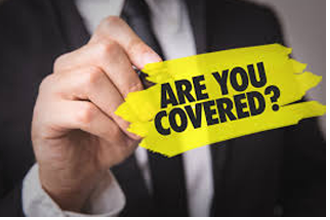 A lot of people are intimidated and frustrated by these tactics, are shocked by such tactics, and do not know what to do. As a result, they all too often accept a ridiculous settlement offer. “Fair” never enters the equation. Intimidating and frustrating persons with claims generally costs an insurer nothing. The insurer’s risk is that you will hire an attorney. However, even getting an attorney does not mean that the offers will be any better initially. There are frequently claims on which your attorney must file suit. Litigation generally results in far better offers to settle, and most of these cases are settled without going to trial. However, it is nevertheless frustrating and sometimes shocking when your own attorney tells you that the insurance carrier is offering little more than your treatment expense. The difference is that if your attorney devotes all or most of their practice to injury claims, that attorney will know what to do. These types of offers, however, are likely to stun you even if you are represented. Discipline yourself to not get you down because it will invariably work out if you are represented by a lawyer experienced with these cases. Getting down on your situation simply works in an insurance company’s interest because you may be encouraged by these means tactics to settle low when with patience you are likely to do better.

Stunning you is the purpose of low-ball offers. The insurer knows it will have to pay more, but to get there you may have to hire an attorney, who may recommend filing suit (even though the case will never go to trial). Or, you can accept a ridiculous offer. That people do accept ridiculous offers is why insurers makes such offers, which costs the insurer nothing to make and may end up saving the insurance carrier money.