You will want to know about his, but people rarely think about it until they get a call from their attorney that there is a settlement or that a jury verdict has come in. Much of what is related happens in every lawye’s office, but this will relate how it happens in Sellers Law Office. This is what happens when personal injury settlement money comes in.

One misconception is that the at-fault party’s insurance pays all the bills, such as the treatment expense. That almost never happens. The settlement or verdict is generally for an amount that pays for everything. The check from the at-fault insurance company comes into your attorney’s office. It is then deposited in your attorney’s trust account. A trust account is where a client’s money is deposited pending disbursement to the client and others who are entitled to some of that money. 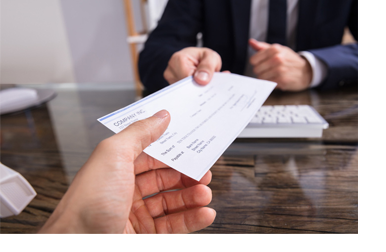 Once the personal injury settlement money comes in, the settlement money is deposited, everyone with a claim to any of the money is directly paid by your attorney from that account. Thus, in addition to you and your attorney, there are other people who get paid from those funds. Unpaid health care providers who have provided treatment for your injuries are paid. Expert witnesses who have provided services on your case when there is litigation are paid. Your own insurers who have covered treatment and lost wages pending settlement with the at-fault carrier are reimbursed. However, in Sellers Law Office, before anybody is paid anything, you get to go over an accounting of who will get paid what with your attorney or his legal assistant. You must agree to the disbursement of the settlement monies before anyone is paid anything.

It is very rare that we have a client who disputes anything, although they may cause the figures to be adjusted or altered because a mistake has been made. If you dispute what someone is getting paid, such as one of your health care providers, that dispute must be resolved before payment occurs. Sometimes the amount of money in trust that is claimed by someone else is held pending a resolution of their claim, and the other, undisputed monies are paid out.

However, if the dispute not resolved, it becomes necessary to file a lawsuit tendering the money in dispute into the court to litigate who is entitled to the money or some portion of it. This is to be avoided because resolving disputes in this way is time consuming and expensive. I can only recollect two or three times over the last 40 years when it became necessary to deposit (interplead) money into court pending resolution of such a dispute, which most often involved a misunderstanding in any event.