There are generally three types of coverages available for your car or other cars that you are driving, or in which you are a passenger. These are PIP, UIM, or some form of wage continuation, which kicks in if you are off work due to injuries that you have sustained in a motor vehicle accident. Unless the coverages are mandated by state statute, you get to decide which of these coverages that you carry for your vehicle. If you are riding in or driving someone’s else’s vehicle, the insured (owner) gets to decide which of these coverages are provided. Therefore you need to understand automobile personal injury protection (PIP) and underinsured motorist (UIM) coverage before you buy or renew your automobile insurance manually.

PIP will pay for health care services if you are injured as a passenger or pedestrian. 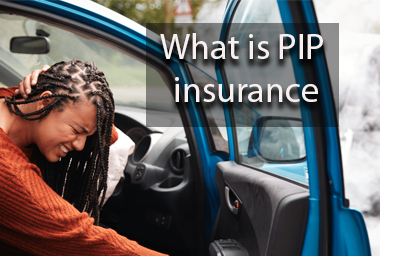 Wage continuation is paid if you are so injured and lose time from your employment while recovering from your injuries. Generally, treatment paid by these coverages are repaid out of a settlement or verdict against the At Fault party. In Washington, PIP of at least $10,000 is a mandatory offering and the wage
continuation is usually about $4,000 (you must be off 14 days before any of it begins to pay.)

Oregon auto policies provide at least $15,000 worth of PIP coverage.

I have a new client who did not have Washington PIP coverage, which you have unless you reject it in writing. Rejecting it in writing is a mistake. PIP is a very low-cost coverage. If you don’t have it, you are responsible to pay for your own treatment until you recover from an at-fault party if there is one. The problem here is a lack of knowledge and some insurance agents. Some have talked clients of mine out of buying PIP. I think they do this to make the policies they offer competitive against other insurers, or to save the insurance company they represent money if there is a loss. That doesn’t work so well if you are hurt in an accident. Then you are paying for treatment out of your own pocket unless your provider extends credit pending a settlement, which many do not, especially for things like surgeries.

There is a book that has been in circulation for years that states that PIP is unnecessary because your medical plan will pay for the treatment you need. One problem is that not everyone has a medical plan. Another problem is that many medical plans don’t cover what PIP will pay for, such as chiropractic care. The book’s advise might be fine for the wealthy, but it doesn’t work for everyone in all circumstances.

Another problem with not having Washington PIP is that when you settle your claim against the at-fault driver, you are stuck paying 100% of your treatment expense out of your settlement funds (assuming your provider was willing to extend credit). (That treatment may have been for thousands.) On the other hand, if you have PIP in Washington, your PIP carrier is required to contribute pro rata to your attorney fees (usually 33%), so that the PIP repayment is reduced to account for PIP’s contribution pro rata to your attorney fees. Further, especially in Washington, if you settle for the limits of the at-fault driver’s liability liability insurance coverage, which can be as low as $25,000, you normally will not have to pay back anything.

That is often true in Oregon also. The advantages of PIP coverage are a lot better than eating 100% of the cost of your treatment out of your own pocket when you could have PIP coverage, which costs very, very little.

As a side note, PIP coverage for motorcycles is frequently not a mandatory offering or coverage. If you ride a bike, you want to ask about that when you buy or renew your vehicle insurance annually.

In Washington, UIM coverage is a mandatory offering. You have it in the same amount as your liability coverage unless you waive UIM coverage, or waive the amount. The costs of this coverage is also minimal. I settled a case recently where may client had roughly $102,000 in treatment expense. The at-fault driver’s limits were $50,000. Since my client had liability limits of $100,000, I t expected that would have been UIM of the same limit. That would have provided enough coverage to pay for all the treatment, especially since paying for it involved reimbursing my client’s own PIP and medical insurance, which dictated reductions to the providers that greatly reduced these charges. However, my client had waived the UIM coverage down to $25,000, meaning that the total of all available insurance was less than the cost of treatment. Signing a waiver of UIM down to $25,000 couldn’t have cost my client $100 every six months. Waiving UIM is not a good decision unless you are almost destitute.

The other issue with PIP and UIM is the amount of the coverage. It costs very little to purchase more coverage. I have seen lots of cases where the emergency room charges exceeded $10,000 for what were fairly minor soft-tissue injuries (diagnostic testing is what drives up the cost in these instances). If you find yourself in these circumstances with minimum coverage, the hospital ER gets all of the PIP and you are on the hook for any follow-up care such as
chiropractic or other medical services. (Medical plans often do not cover chiropractic.) 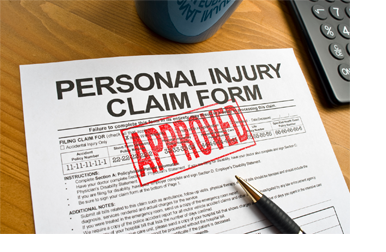 Finally as to UIM it is generally not required to be carried for commercial vehicles and it is often excluded from your own UIM coverage if you are on the job. Oregon has a particularly anti-consumer UIM provision in its laws that excludes from the definition of “motor vehicle” vehicles of a certain weight (8000 lbs as I recall). I settled a case recently where my client was hurt in a collision with a car while he was driving an 18 wheeler. His employer carried $1,000,000 in liability coverage, but was not required by statute to carry UIM, although the employer carried $25,000 in UIM. My client’s personal UIM coverage excluded injuries from collisions when he was on the job. State-controlled workers compensation paid out over $100,000 in treatment expense and wage loss for my client but the workers compensation coverage was not entitled to repayment from UIM coverage. So, although my client was left with an inability to continue to be employed for the rest of his life he had to drive, he was limited to $25,000 in UIM benefits (the other driver was uninsured). The moral to this story is to check and negotiate with your own auto carrier for a UIM benefit that isn’t excluded while driving when you are on the jobs, and for a sufficient amount of UIM coverage to adequately protect you.

I have seen an umbrella policy on a car that provides 1.5 million in UIM plus liability coverage of 2.5 million that cost $350 per year. The moral is that you need to ask to find out what coverage and limits are available because the cost is sometimes very little. Hope this explains the difference between Automobile personal injury protection (PIP) and underinsured motorist (UIM) coverage.