If you are injured on the job, there are two potential sources of compensation for your injuries. The first is workman compensation benefits paid by the state or a private insurer for your employer. You can receive this type of compensation without regard to how your injury was caused or who caused it so long as you were injured while engaged in activities associated with your employment.

If you are injured on the job, you will invariably be entitled to the payment of those benefits. That may or may not require the services of a lawyer. The advantages of immediately seeking help from a qualified workers compensation lawyer is the likelihood of the mistakes that you might make handling the claim yourself are greatly reduced. 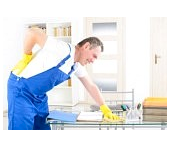 The disadvantages of hiring a lawyer is that the lawyer will probably start collecting fees from your wage loss benefits immediately although it turns out that the claim resolves easily without the necessity of having a lawyer at all. It will later be explained how you can best protect yourself if you don’t immediately hire a lawyer to represent you on your workers compensation claim.

The second potential source of compensation arises if your injury was caused by someone other than your employer, or an employee of your employer. These are called third-party tort claims. For instance, if you are driving a car as a part of your employment and another driver causes a collision and injures you, you have a claim against the other driver in addition to your claim for workers compensation benefits.

I have had cases like this, where for example, a home-care nurse is injured in a car accident on her way to tend to an elderly person. Another example would be if your employment takes you to a job site owned and operated by some person or company other than your employer and you are injured by the negligence of the owner or general contractor of that job site.

In these instances, you have a third-party claim in addition to your workers compensation benefits. 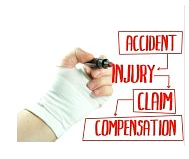 The good news is that if there isn’t enough money to fully reimburse the state or the self-insurer from the proceeds of the third-party tort claim, you are guaranteed the payment of at least some of the money from that claim and the State or the workers compensation insurer will have to accept less than the total of the workers compensation benefits that were paid out.

Compensation for injuries caused on the job

If you have been injured while working, you may be entitled to compensation. You need an experienced lawyer acting on your behalf to protect your rights. It costs you nothing to contact me to arrange a consultation to review the circumstances of the case. You can call (503) 686-5131. or you can email me online here.