In this section I want to talk about different types of insurance and governmental benefit programs like Medicare, Medicaid, Social security, Tri-Care, and ERIS. There are several types of insurance and governmental benefit programs that are like insurance, which provide payment for treatment and income continuation for persons injuredby a third party’s negligence. Although these function like insurance, and in some instances likean HMO, they are in many respects quite different than private insurance and are governed by separate laws. As with first party insurance (PIP and UIM), these programs influence oncluding settlements against at-fault parties.

Sometimes a settlement with a third party requires the settlement approval by thegovernment or governmentally sponsored benefits program. All require repayment fortreatment that the plan has paid for when compensation is paid from a third-party claim. Thediscussion of them repayment to these programs will be general as sorting out the details on anindividual claim can be complicated. 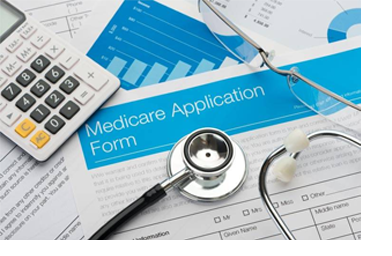 The first of these is Medicare and its derivatives. It is generally understood that Medicare pays 80% of the treatment expense of a Medicare beneficiary, and the beneficiary pays 20%. The good news is that if a provider accepts Medicare payments, the provider must accept the payment amounts dictated by Medicare and the provider cannot charge more separately. When Medicare does that it is s very beneficial to Medicare recipients because Medicare imposes some very significant reductions in the cost of the treatment.

When Medicare pays, monies paid by Medicare are required to be reimbursed from any third-party settlement. If they are not, the at-fault insurer is liable to Medicare directly along with the claimant and the claimant’s attorney potentially. Further, there can be no settlement without Medicare’s approval. This frequently causes the at-fault insurer to muddle Medicare issues in the settlement. I have had an at-fault adjuster try to get me to authorize the at-faultinsurer to allow its own attorney to negotiate the repayment with Medicare on behalf of myclient. That is something you never, ever want to do for reasons that I will not elaborate on here.

The biggest issue with Medicare with respect to settlement is that it is only secondarily liable. Therefore, Medicare is entitled to be reimbursed from the settlement or verdict fundspaid by the at-fault insurer. Medicare’s position on the cost of future care is the greatestproblem, and it can be a big problem.
A federal statute has provided since about 1980 that plaintiffs and their counsel areresponsible to protect Medicare’s interests, whatever that means. Medicare has only tried toenforce this vague, ambiguous, and illusory requirement for approximately the last four years.

Medicare has taken the position that the statute requires that the plaintiff and their attorney areresponsible to pay the costs of future, after-settlement care although whether future care will be necessary has not been determined by the time of the third party settlement,; it is not known whether future care will ever be required or for what conditions; and although no recovery was ever made at trial for any future care (Medicare’s position is that it is not bound by a jury’sdecision on a third party claim.) What it means, for example, is that if you require a necksurgery for a neck that you hurt 20 years ago even though at the time everyone thought that youhad totally recovered, you will nevertheless be responsible for the costs of the surgery. What this means is that Medicare simply will not pay the costs for the surgery 20 years later, or if it happens to pay, Medicare will then simply stop paying governmental benefits until the amountnot paid equals the costs of the surgery. If you have never done tax work and fought with the IRS, you may have difficulty understanding how an agency of thegovernment can be this overbearing, irrational or blind to reality. 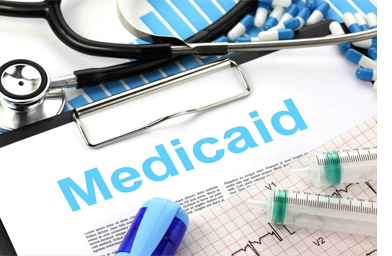 Medical service provided by Medicaid are usually provided by a somewhat private agencyunder contract with the government. Repayment for treatment provided for injuries caused by anegligent third party must be repaid on settlement or verdict. The good news is that these agencies take a timber axe to the charges that it pays to those providers who will deal with Medicaid (some are required to by law). Thus, I have seen on more than one occasion a $10,000 emergency room fee from a hospital be reduced to $700. The later will be the amount ofrepayment.

The bad news is that these agencies sometimes refuse to authorize necessary care andimpose restrictions on where you can go for care. So, for example, if you live in Vancouver youare restricted to providers in Southwest Washington and you will have a very difficult-to-impossible time getting authorization for care in Seattle, for instance, or in Portland (because itis in a different state!!-we can walk one mile over the Interstate bridge to be in Oregon). I have aclient who has gotten authorization for this care about a half dozen times by calling and threatening them successfully with legal action, which she is quite talented at doing. 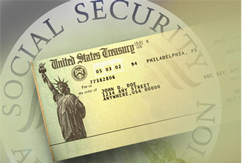 If the social security disability is needs-based and you receive a settlement of over about $2,000 for instance, you do not get any of those social security benefits until you are again destitute.

Normally this does not affect social security retirees.

There are ways to structure third party settlements that will almost entirely avoid theloss of needs-based disability because of a settlement. You will need to have your attorney structure the settlement to that end.

The Veteran’s Administration provides health care directly and pays for outside healthcare for eligible veterans. The VA will need to be repaid for health care it provides or funds forthe treatment of injuries arising in connection with a third-party claim. There are cases wherethe cost of that care would take all the settlement monies, but there are mechanisms working through the VA that are calculated to avoid that result, but there is not certainly in those processes.

Tri-Care is health insurance for person in service and works similarly to VA.

These issues arise when you are injured “on the job” by a negligent third party who is notyour employer or a co-worker. Both Oregon and Washington provide workers compensation benefits to enrolled workers.

The benefits include payment for treatment expense, income continuance, payment for disabilities, retraining, and in some instances, pensions. There are repayment requirements if you recover money from a third party by settlement or jury verdict for injuries for which youhave also received workers compensation benefits. Generally, there is no repayment if the settlement funds are an underinsured motorist benefit payment. An exception to that inWashington is where your employer has provided the UIM coverage. Fortunately, both stateshave statutes with formulas that guarantee the injured worker with a share of a third-party settlement if the repayment would encroach on the amounts guaranteed by the statute to the injured worker. 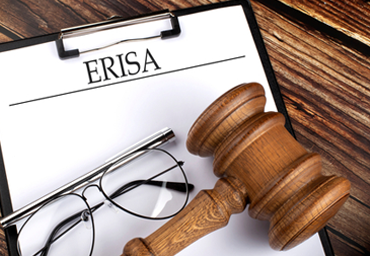 ERISA is a federal statute whereby your medical benefits are paid from an employer-funded plan rather than insurance, which is an exaggeration, because these plans are set up to allow the employer to take some advantage of insurance through loopholes in the law. The federal statute preempts state laws on reimbursing medical plans that have paid for your treatment.

Under the laws of both Washington and Oregon, you are not required to repay regular medical plans unless you are “made whole,” which means that you receive the benefit of your full settlement from a recovery for the damages caused by a negligent third party before the planis repaid. This is a generalization and when and under what circumstances it is determined whether you have been made whole requires legal analysis of the circumstances of your injuries and your treatment. However, if your Medical Plan is an ERISA plan and you work for a privateemployer as opposed to local government, depending on the language of the plan, you may haveto reimburse the plan in full for what it paid out in benefits. (Thanks Congress!?)

The same applies to the obligation of the plan to contribute pro rata to your attorney’s fees and costs for recovering the money from the third party. I think that when Congress passedthese laws it thought that your attorney was getting all the money from these settlements whenit is you who loses money because of the federal preemption.

Another twist in this discussion is that in the State of Washington, if your settle for all the liability coverage limits of the policy of insurance of the negligent third party, the case law inWashington provides that you do not have to repay secondarily liable insurance carriers, like PIP and medical plans. That would not apply to ERISA plans that are written to require you to reimburse these plans 100%.

I have clients who are mad that they must reimburse any insurance company of their own because it is the client who has paid the premium for the insurance, not someone else like the government. I agree. However, a claim for the treatment invariably comprise a portion of thetotal of what is being claimed for settlement. The problem is that you invariably settle for lessthan the total of what you claim but repayment are made in full.