What is Arbitration? Arbitration is a form of alternative dispute resolution and a way to resolve disputes outside the judiciary courts, Retain Personal Injury Attorney Vancouver WA. Arbitrations are proceedings similar to a trial in which an individual(s) who is not a judge but functions like a judge decides disputes that are otherwise decided by a court in a trial. Arbitrations can be very good mechanism to decide disputes like your injury claim. But they can be bad if not set up propertly. 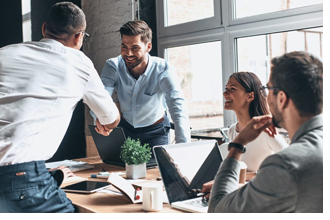 Arbitration awards in court-sponsored arbitrations can be appealed to the Circuit Court in Oregon, or the Superior Court in Washington, depending on where the case was originally filed.

If appealed, the case is generally heard and decided by a jury.

Other types of arbitrations occur when the parties have contracted to have a case arbitrated. Many automobile insurance policies provide for or allow cases to be arbitrated for the resolution of Personal Injury Protection (PIP) and Underinsured Motorist (UIM) disputes. In those cases, the arbitrator(s) are attorneys. Usually there is either a single arbitrator agreed to by the parties and appointed by the Court. Sometimes the insurance cointracts provide for a
panel of three aribrators, and each party picks an arbitrator and the two arbitrators pick a third. 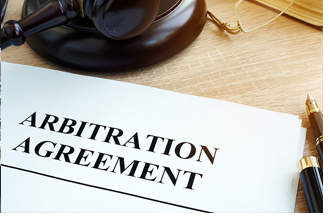 There can be challenges to these “private” arbitrations if a law or legal procedure is violated that is fundamental to justice in the arbitration process, but appeal to court rarely occur. In injury cases, the arbitrator are usually attorneys who themselves handle personal injury cases, or they might be retired attorney swith that experience, or retired judges.

In arbitrations, usually the procedure is just like in court except that there is no jury.

The other difference is that the rules of evidence may be relaxed. Thus, testimony is sometimes permitted by documents that are in writing. Or the reports of professionals, such as doctors, are admissible whereas those witnesses would be required to appear before a court in trials and give testimony. Sometimes medical records, medial reports, and medical bills are admitted in evidence by affidavit or declaration under penalty of perjury, or as a business record,in a form which is generally not allowed in trials to a court without more.

The advantages to arbitration in injury cases is that these cases are generally resolved more quickly and efficiently and at a lower cost to the parties. There are not the long waits to get to a trial before a court with a busy trial schedule, where the expert witnesses must appear in person at great cost, and a jury trial will take three or four days for a verdict. Another advantage, is that injury case arbitrators are generally familiar with and have been exposed to medical evidence and associated concepts in trials. Jurors, on the other hand, are pretty much new to these subjects and must be educated to these subjects during the trial.

There can be grave problems with some arbitrations. Those are primarily instances where you are required to arbitrate a case by the contract that you have entered into with someone who has provided you with a product or a service. If you are buying products or services on the Internet, you can be assured that you will be contractually bound to often resolve these disputes with an arbitrator selected and paid for by the company from which you have purchased the product or service. Likely as not, you will never have read the contract, and it may not have ever been available to you for that purpose. These arbitrators may understand where their bread is buttered and these may be sham proceedings in which consumers hardly even win. U.S. Supreme Court decisions have sanctioned these types of proceedings over the last few decades, and this situation will not change without an act of Congress. Further, the proceedings may not allow class actions to be decided by arbitration, and there certainly will be no right to appeal for a trial by jury. Such is the power and influence of corporate America.

Your attorney should be able to tell you what the rules will be if your injury case is arbitrated.