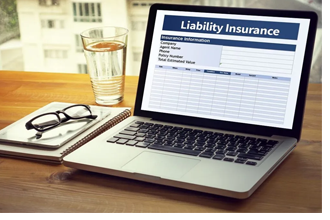 Liability insurance is the kind of coverage you need to protect you against a claim by another person who alleges that you negligently injured that person. To recover from you, that person must show that you were negligent. However, that is beside the point.

Even if the claim against you is meritless, having liability insurance is a huge benefit.

That is because even if the case against you morphs into a lawsuit in which the injured person recovers nothing, your insurance company is required to pay an attorney to defend you. If that were something you had to pay yourself, just the cost of representation to defend could break you financially.

It should be noted that liability against you is not limited to your negligence. It extends to anyone acting on your behalf when driving, or anyone to whom you negligently entrust your vehicle. An example of a negligent entrustment would be lending your car to a friend who had been drinking at your house, to whom you lent your car because it was late at night, and they lived too far away to walk home and could not get a ride with anyone else. Their liability also becomes your liability if they have been negligent and injured someone ...

Having explained why liability insurance is necessary, let us look at the $25,000 of minimum coverage that statutes in both Washington and Oregon require you to carry. $25,000 has been the minimum required coverage for decades. That is simply not enough to protect you against a claim brought against you.

There are many, many cases where the costs of treatment alone exceed the $25,000 minimum. However, in all these cases there are damages claimed other than just the cost of treatment. Lost wages, impaired earning capacity, loss of the society and companionship of a spouse, pain, suffering and loss of enjoyment of life are potential damages. To give an example, the cost of treatment for someone who loses a leg from an injury might be small in comparison to the other damages which that someone experiences. 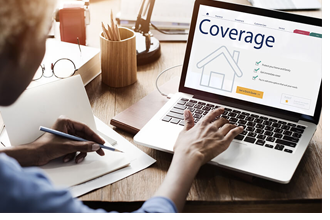 What happens when the damages exceed the limits of your policy of liability insurance?

You are liable for the amounts by which a jury verdict exceeds the limit of your liability insurance. If the injured person had their own underinsured motorist coverage it would pay, which may or may not do you much good. Insurance companies that have paid out underinsured motorists benefits have been known to go after the person whose negligence causes the insurance company to pay out underinsured benefits. If somebody successfully comes after you, your options are to pay or go broke. Judgments can be enforced against your assets. You may lose everything and go bankrupt. In bankruptcy you can generally only keep a pittance.

Lots of people carry insurance of $100,000 per person and $300,000 per event. There are many cases where that is simply not enough to protect you. I do not mean to imply that this happens on every case, which it does not. But if it happens to you, that is as bad for you.

If you are buying liability insurance, explore the costs of more coverage. It has been my experience that as you add more coverage, the cost of the increased coverage becomes less expensive than the rate you would pay for less insurance. If you have a lot of assets to protect, you can buy an umbrella coverage of a million or more. If you have an acceptable driving record and claims history, obtaining an umbrella simply requires being able to purchase the premium.

When I first inquired about the cost of a million-dollar umbrella, it was $300 per year. Very few claims will ever reach a million in value, but if that happens on a claim against you, you will never regret the money that you paid for an umbrella coverage. Unfortunately, it is possible to have a claim against you that far exceeds your umbrella, but those claims are very rare indeed.

Sometimes, more insurance or an umbrella coverage create leverage to settle a claim against you for the limits of the coverage in exchange a release of any claim for more money.

That is because a defendant who sues you and goes to trial risks recovering less than the substantial amount of coverage that your policies could pay in settlement. Your insurance carrier is obligated to pay out the limit by settling for the limits of the coverage if by doing so it prevents any further risk of a greater recovery when there is a risk that a verdict could exceed the limits of your policies on insurance.

So, the moral is to purchase as much auto liability insurance as you can afford, which to me is the amount you are willing to pay to give yourself leverage in settlement negotiations and thereby avoid an excess verdict.