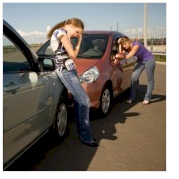 Behavior that falls below the standards of reasonable conduct established by law for the protection of others against unreasonable risk of harm through negligence or malpractice is often characterized as that which a reasonable and responsible person would act in such a way that would avoid such harm against others. This law is meant to to protect those people that are seriously damaged.

This is a very broad statement and is hard to establish intent with regard to claims that a prudent person acting under similar circumstances would behave otherwise and hence claim a negligent behavior for a case of personal injury.

In order to establish negligence as a cause of action under the law of torts, a plaintiff must prove :

that the defendant had a duty to the plaintiff, (a legal obligation which is imposed on an individual/company requiring that they adhere to a standard of reasonable care while performing any acts that could foreseeably harm others), and

the defendant breached that duty by failing to conform to the required standard of conduct, (established the defendant's specialist skills or lack of, inexperience, or what reasonably could not be expected such as a child defendant), and

the defendant's negligent conduct was the cause of the harm to the plaintiff, and

and the plaintiff was, in fact, harmed or damaged by the defendent's negligence.

Negligence or Tort law is seen as a measure imposed to compensate and quanify liability for the wrongful acts of others and the legal liability for a failure to act or failing to act was imposed on those who undertook to perform some service and breached a promise to exercise care or skill in performing that service.

In essence the idea of negligence and personal injury compensation is centered around the notion that implies a promise to exercise care or skill in the performance of certain service or a behavior which may be expressed or implied, forms the understanding of personal injury and proving or disproving negligence as its central point of proving blame.

Civil litigation and personal injury law allows an injured person who can prove that he/she was injured by another person's behavior through acting negligently to cause their injury, and therefore they can recover damages to compensate for their harm, which may include lost wages, loss of future income, property, medical expenses, harm to body, pain and suffering, wrongful death, and possibly punitive damages.

If you have any questions regarding a recent accident or if you were injured by another party as a result of potential negligence, you can contact us for a no-obligation discussion to evaluate your options.

Mr. Sellers is an Accident Attorney in Vancouver WA serving Western Washington and all of Oregon state, and has practiced personal injury law, representing victims of injury victims of accidents and negligence for over forty years.