How treatment affects your personal injury claim value. When we talk about claim value, we are talking about the amount that your claim is worth or will bring by settlement, jury verdict, or arbitration award. Let us first discuss settlement with an insurance carrier. Insurance carriers assess claims based on the risk that the insurer will have to pay more money through trial or arbitration than for what the insurer can settle the claim. Jury verdicts are not entirely predictable. Jurors are not trained in medicine or law and will be asked to render a verdict in an injury case based on the medical facts and the law, most of which they will be hearing about for the first time ever in their lives in your trial. They will hear evidence that is provided by your doctors and defense doctors that is nearly always contradictory. 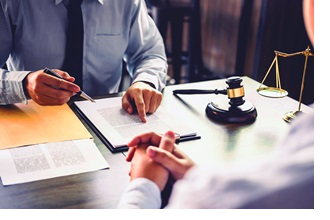 Arbitrations are similar but not entirely like jury trials. Arbitrations typically decide underinsured motorist claims. Usually there is single arbitrator who decides the case in lieu of a jury. Sometimes there are three arbitrators; each side picks one and the two pick a third. These arbitrators are personal injury attorneys or retired judges, who have experience with medical and legal issues that jurors are unfamiliar with. This allows insurers and plaintiff’s attorneys to make more accurate forecasts of what an arbitration decision will be.

And of course, the real case value is what the jury or arbitration panel actually awards.

Your treatment or the lack there of usually has the greatest influence on how your case will be valued by the insurer, a jury, or an arbitration panel. If you have an injury without any broken bones, ruptured spinal discs, brain damage, or torn or ruptured ligaments or tendons and there is very little treatment, the case is not worth much. The treatment that you receive for injuries you sustained will normally affect the value of your claim. So will the injury. If for instance, you lost a leg in an auto accident, quite obviously the value of your claim will be much higher than if you had merely broken a finger. 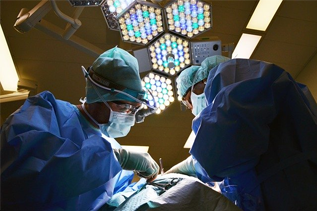 Frequently people are treated mainly by chiropractors, physical therapists, and of course medical doctors. If the injury provokes a surgery, the case will usually be worth a lot more than six weeks treatment by a chiropractor or a physical therapist. On the other hand, if you have a lot of verifiable non-surgical treatment with a diagnosed permanent injury, such cases can value higher than a surgical case. It all depends on the injury and the treatment.

Occasionally, someone will walk in my office who was injured but saw a chiropractor or physical therapist for a hand-full of times. Or they went to the emergency room or saw their primary care doctor once in follow-up. These cases are frequently not worth pursuing. The other side of these cases are ones in which the plaintiff has gotten $20,000 in massage, physical therapy, or chiropractic care for which there is no objectively verifiable injury shown on imaging or an MRI. This may demonstrate over-treatment, which can actually diminish the value of a claim.

Therefore, tests that show objectively verifiable injury during treatment, such as X-Rays or MRI’s that indicate ruptured spinal discs, incorrectly positioned vertebral bones, or nerve roots coming out of the spinal cord that are pinched in the boney canals through which they exit the spine to travel down arms and legs will cause claims to be valued more highly because they validate the pain that the person who is injured complains of.

The thing to remember is that not every injury generates a lot of settlement value. The nature and extent of the injury and the effect that it has on the person who is injured must still be proven. It is one of the jobs of the attorney you hire to find and present proof of the extent of the injury and its effect on you. The insurers are inclined to pay more to settle, and jurors and arbitrators are inclined to pay more money in settlement and trial if there is this kind of proof. Therefore, treatment is important to prove injury, but there are other factors affecting case value that we will discuss in other articles on this website. Keep in mind that treatment affects your personal injury claim value and value of your settlement comes from your pain and suffering