admitted to practice before the United States Supreme Court 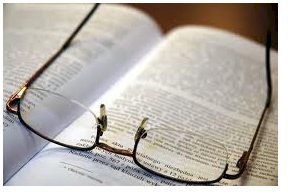 Mr. James Sellers is admitted to practice before the United States Supreme Court. To qualify for admission to the Bar of this Court, an applicant must have been admitted to practice in the highest court of a State for a period of at least three years immediately before the date of application; must not have been the subject of any adverse disciplinary action ronounced or in effect during that 3-year period; and must appear to the Court to be of good moral and professional character.

All those that wish to be admitted to practice before the United States Supreme Court must demonstrate that they possesses the necessary qualifications among other conditions.

From 1989 to 1997, Mr. Sellers was a member of the Board of Governors of the Washington State Trial Lawyers Association, where he chaired WSTLA's Legislative and Public Affairs Committees.

In 1995, Mr. Sellers was the only recipient of WSTLA's President's Award.

WSTLA is now the Washington State Association for Justice (WSAJ). This is the association of personal injury lawyers in the State of Washington.

The legislative steering committee that Mr. Sellers chaired actively works on legislative proposals to protect the rights of victims of personal injury.